Learn on the go. Check out our playlists for collections of short videos, and learning packages for articles, that will give you a slice of history and heritage.

Singapore’s National Symbols are one of the country’s earliest nation building tools. The first three symbols – the National Flag, State Crest, and National Anthem – were revealed during the installation of Encik Yusof bin Ishak as the first Malayan-born Yang di Pertuan Negara (Head of State) on 3 December 1959. They intend to unite all Singaporeans as one people and reflect our values as a nation.

Check out these resources to learn more about the significance of our National Symbols.

The story of Singapore's state symbols | Majulah: Symbols For Singapore | Full Episode | CNA Insider (23 mins)
Singapore’s first three national symbols were created shortly after Singapore became a self-governing state and served as representations of the burgeoning nation’s ideals and aspirations. This short documentary tells the story of the inspirations and meanings behind these symbols as well as their significance to Singaporeans today.

On 3 December 1959, Singapore’s first three National Symbols – the National Flag, State Crest, and National Anthem – were unveiled during the installation of Encik Yusof bin Ishak as the first Malayan-born Yang di Pertuan Negara (Head of State). It would mark an important point in Singapore’s path to independence and the start of our journey in forging a sense of national identity.

As a nation made up of people from different races, classes and backgrounds, our National Symbols aim to rally our diverse communities together as one people. Imbued with their own meanings and values, the symbols also express our nation’s hopes and ideals. In the 1980s, new symbols, like the Lion Head symbol and National Flower, were created to continue the ever-important task of fostering national pride and identity.

These curated set of articles and books will give you a better understanding of our National Symbols and their significance to Singapore’s national identity.

Singapore’s national anthem, Majulah Singapura, was first composed in 1958 by Zubir Said to be the City Council of Singapore’s official song. It became the state national anthem when Singapore attained self-governance in 1959 and was finally adopted as the National Anthem when we gained independence in 1965.

The Vanda Miss Joaquim orchid was officially launched as Singapore’s national flower on 15 April 1981. It was selected for its vibrant colour, “resilience and year-round blooming quality”. The flower is the first recorded orchid hybrid from Singapore and was first created in the early 1890s. Zubir Said is best known as the composer of Singapore’s National Anthem. This book is a biography of the composer, as written by his daughter. It covers his experience composing the anthem and challenges he faced in the process, as well as the events in his life that led him to call Singapore home.

Retrieved from OverDrive (a myLibrary username is required to access the eBook). The Vanda Miss Joaquim orchid was chosen as Singapore’s National flower in 1981. This book attempts to put the story of this orchid into historical perspective. It highlights why the orchid was chosen as a National Symbol and how it was originally discovered, and includes information on how to grow it. 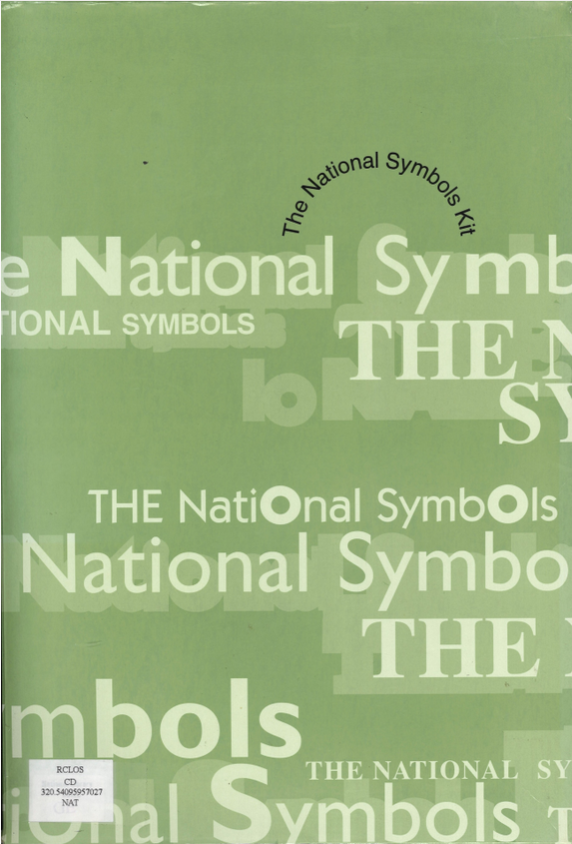 Prepared by the Ministry of Information and the Arts, this kit comprises eight fact sheets containing information on Singapore’s National Symbols as well as the nation’s Shared Values. A booklet with the guidelines governing the use of the National Symbols, a National Flag, and a compact disc with the National Anthem stored within are also included.